Like every manufacturing company, magazines have started to manufacture news or duplicate with flaws like China does. Radios were very much loyal to us, however, the one sense rendered true insights on incidents.

When word flows out of the mouth, the only witness is a recording. But when it’s printed in the paper, it stays for centuries and recorded in-house, issuers need so much courage to put it on direct evidence and distribute copies.

“If something is on the internet or newspaper, it’s true”, Confiscus.

The news media and the government have created a charade that serves their own interests but misleads the public. Officials oblige the media’s need for drama by fabricating crises and stage-managing their responses, thereby enhancing their own prestige and power. Journalists dutifully report those fabrications.

In the 2008 fall, Rating agency S&P refused to downgrade institutions and never wanted the public to know what’s the real picture of several organizations. Newspapers are more deceptive when they are cheaper and heavier. 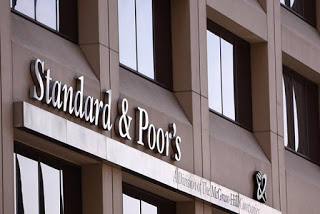 Newspapers won’t generate revenues for printing letters on second quality papers. Advertisements are the only income of magazines and weekly issues, that’s why papers which have fewer advertisements cost more. Ratings from every organization are not reliable, if you get different answers from every paper thrown at your veranda, how can a single incident be manipulated depending on the organizations.

That’s how the issuers get paid. The fall of 2008 was massive that its impact is still on stage on real estate which revolutionized the whole financial system, remodeled every country’s operating model, central banks scrutinized private banks on every aspect of risk and fall. And the result was a national panic.

True Faces, Some reporters like Nakeeran or any of the magazines you might know, try to pull out the truth onto the paper. But they are often threatened to death, hassle before, and had encountered political disputes and often transpired arrests.
We are one, Media as a whole a humongous industry, there isn’t separate organization as we see changing one news channel from another shouting in chorus. If the matter of all the voice matches aren’t they all working together?? The time of publishing flusters can be different, but the underlying news is all the same. Some news channels operate individually like in India the new broadcast of Arnab Goswami (Republic TV) who unveils passion-fueled journalists, might have realized in the case of Sushant’s murder mystery. 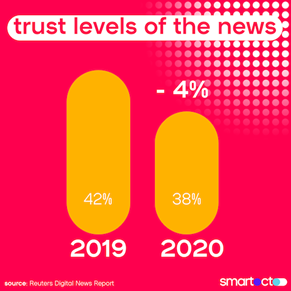 You feel the weight of paper when it’s Business line vs any other newspaper or a premium version of the same. The heaviness is due to cars, bikes and huge cash lying in every corner and front pages.

The real and exact excerpt will not be disclosed to the public unless they are in a lucrative position. Journalism is deceiving and the passion-driven texts are almost manipulated concerning the weighted of counterpoise. If an article is packed full of history, context, and caveats, it’s hard to undo the damage of a misleading headline. The homemaker women are targeted the most to spread fake news with regional weekly issues.

Others, Not only on economics and finances, Health is another lucrative industry where people are dragged easily from the other side. Equilibrium is lost, basic concepts failed. Corporate nowadays pull money out of thin air, Actually, it isn’t thin air it’s narrowed brain.

Polls and surveys, they are loved by newspapers. In the real there won’t be any survey like procedures if the polls support a party which funds, people get biased to the winning side of the poll and vote accordingly. That’s mind manipulation. Basic psychology would do it. You might even heard of college booths, electronic voting, pre-assessment, do we really contribute a single vote on these pre-electoral activities or are we asked to cast one.

Here are some interesting incidents which took place in places:

A 1993 survey by the Southern Baptist Convention found that 46.1% of the people in Alabama risk going to hell; Crossen doesn’t say how it arrived at that conclusion.

A 1991 Roper survey found that 2% of Americans may have been abducted by unidentified flying objects; Crossen doesn’t say who the sponsor was.

Companies routinely use research studies to promote products or positions. White bread won’t cause you to gain weight and is nutritious, a study by the Cooper Institute for Aerobic Research found. Its sponsor: the maker of Wonder Bread. Chocolate may actually inhibit cavities, concluded a study by the Princeton Dental Resource Center, which is funded by Mars, the maker of M&M’s and other chocolate candies. (Web reference)

To combat these manipulations, we must change the incentives. Good information takes time to acquire after all. The idea that news can be given to us iteratively and reliably is preposterous.

Screw Michael Arrington. I’d rather have my news right than first.